Past Colloquia and Workshops 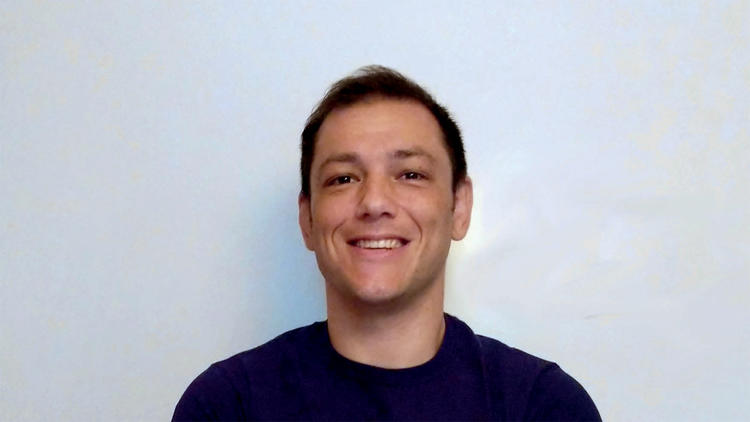 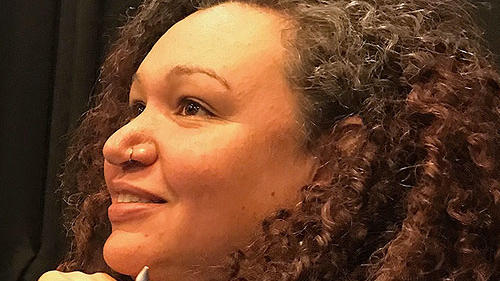 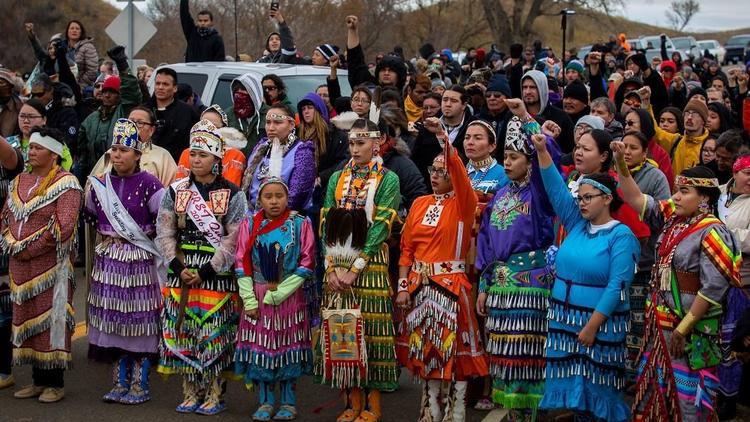 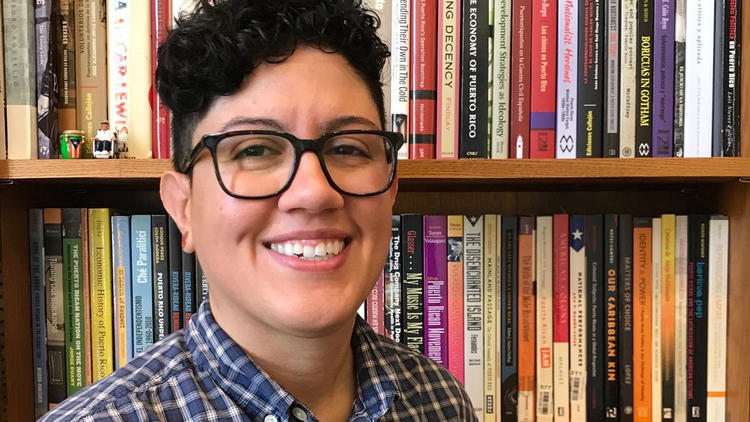 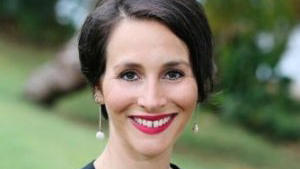 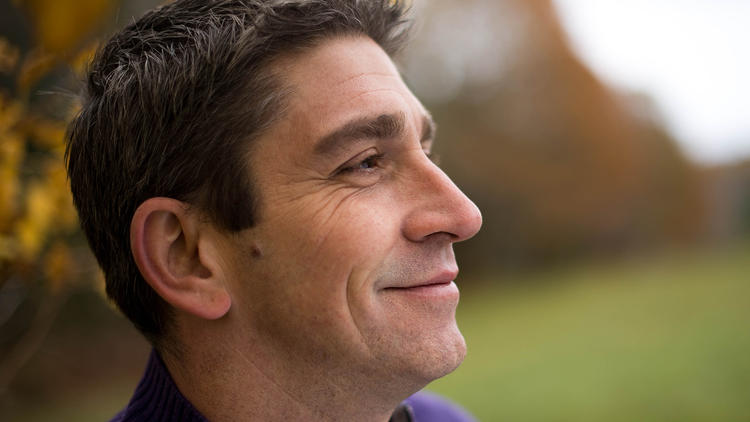 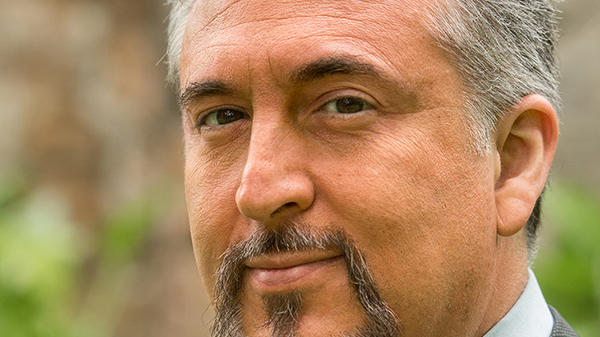 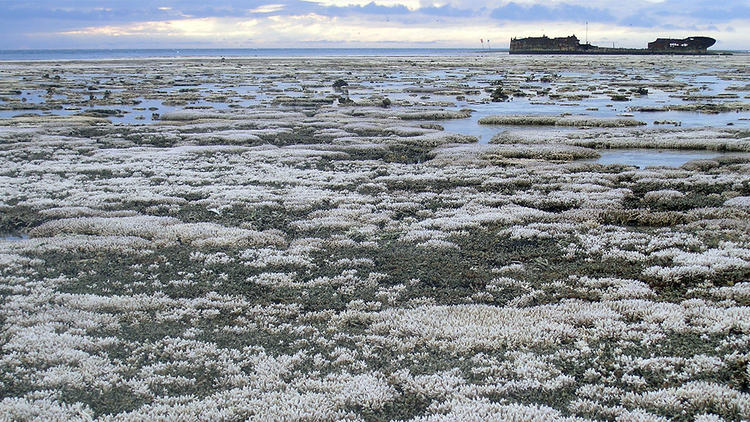 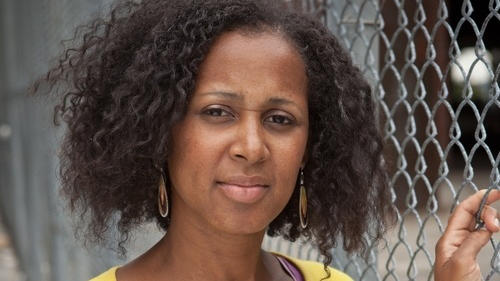 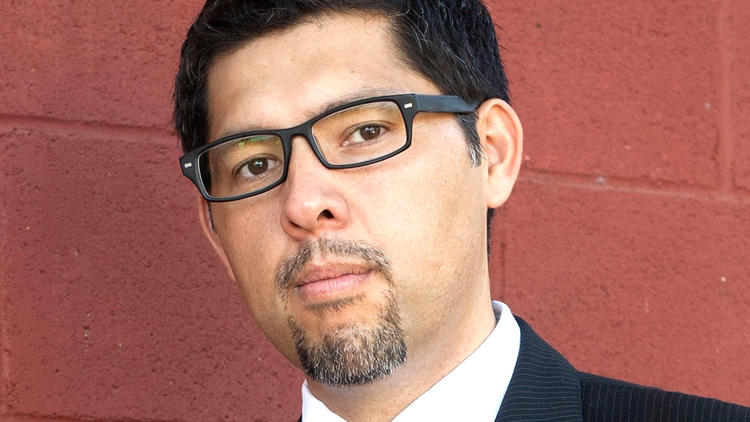 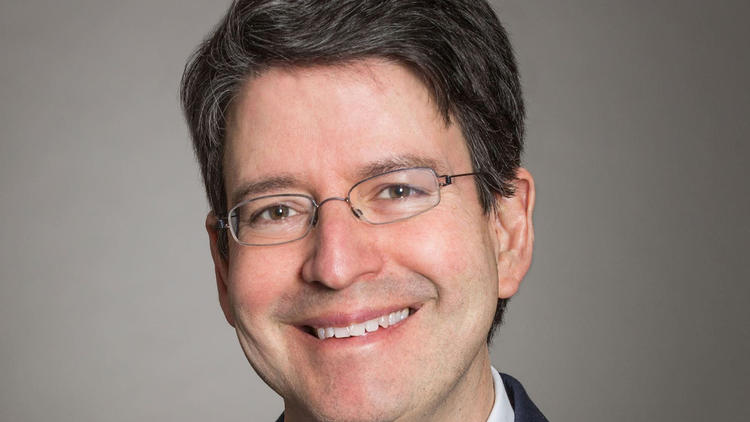 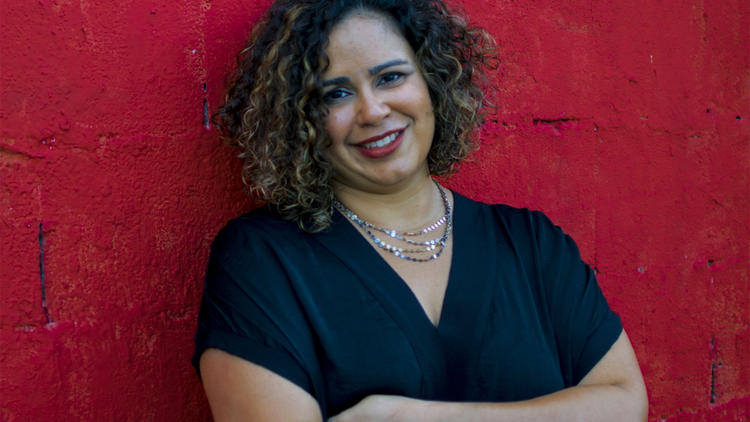 Adria Imada
Associate Professor, Department of History, University of California, Irvine
“An Archive of Skin, an Archive of Kin: Disability and Life-making during Medical Incarceration”

James McClure and Andrew J. B. Fagal
The Papers of Thomas Jefferson
“A Documentary Puzzle: A Message in Arabic Script from Kentucky in 1807”

Tanzina Vega
Visiting Lecturer in the Humanities Council; Ferris Professor of Journalism, Fall 2017
“Dispatches from the Frontlines of Race, Gender, and American Media”

Lee Bernstein
Professor of History, SUNY New Paltz
“The Sing Sing Revolt: The Incarceration Crisis and the Politics of Prison Construction in the 1980s”

Rebecca Scott
Professor of History and Professor of Law, University of Michigan
“Luisa Coleta and the Capuchin Friar: Slavery, Salvation, and the Adjudication of Status (Havana, 1817)”

Deborah Paradez
Associate Professor in Writing and the Center for the Study of Ethnicity and Race, Columbia University School of the Arts
“Diva Relations in The Color Purple Broadway Musical”

Laurel Mei-Singh
Postdoctoral Research Associate in American Studies
“We Are Satisfied with the Rocks: Military Partitions and Resurgent Indigenous Economies in Hawai’i”

Sarah Song
Professor of Law and Associate Professor of Political Science, University of California, Berkeley
“Immigration and the Limits of Democracy”

Monica Huerta
Lecturer in the Council of Humanities and English; Link-Cotsen Postdoctoral Fellow in the Society of Fellows
“No Safe Face: Frederick Douglass and the Risk of Expression”

Leslie Reagan
University of Illinois at Urbana-Champaign
“Disease, Death, and Memorials: The Agent Orange Quilt of Tears and the AIDS Memorial Quilt”

Robin Bernstein
Professor of African and African American Studies and of Studies in Women, Gender, and Sexuality, Harvard University
“Black Childhood on Trial: The Tragedy of William Freeman”

Amy Trubek
Associate Professor of Nutrition & Food Sciences, University of Vermont
“Cooking is a Chore, Cooking is a Craft, Cooking is What Other People Do: Investigating Contemporary American Practices and Perceptions”

Meg Jacobs
Research Scholar, Woodrow Wilson School of Public and International Affairs
“Panic at the Pump: The Energy Crisis and American Politics in the 1970s”

Deirdre Moloney
Director of Fellowship Advising, Office of the Dean of the College
“Mixed Status Families and US Immigration Policy from the Early Twentieth Century to the Present”

Alec Dun
Assistant Professor of History
“(Mis)reading the Revolution: ‘St. Domingo’ and the Limits of Equality in Philadelphia, 1789-93”

Sean Wilentz
Professor of History
“Antislavery and the Federal Constitution”

Jenny Price
Visiting Professor in the Environment and Humanities of Lewis Center for the Arts and the Princeton Environmental Institute
“History and Theory in Action!: The Our Malibu Beaches and Play the LA River projects”

Barbara Young Welke
Professor of History and Professor of Law, University of Minnesota
“The Course of a Life: Preliminary Thoughts on a History of the Curriculum Vitae”

Marianne Hirsch
Professor of English and Comparative Literature, Columbia University and Professor in the Institute for Research on Women and Gender and Sexuality
“School Pictures in Liquid Time: Assimilation, Exclusion, Resistance”

James Harding
Professor of Theatre and Performance, University of Warwick
“Reflections on What the 1963 Self Immolation of Thich Quang Duc Means for the Theory and Politics of Avant-Garde Performance”

Yael Sternhell
Assistant Professor of History and American Studies, Tel Aviv University
“The Politics of presentation-titlework: The Confederate Archives and the Making of Sectional Reconciliation”

Andrew Jewett
Associate Professor of History and Social Studies, Harvard University
“The Columbia Naturalists and the Birth of Religious Studies in America”

Daniel Rodgers
Henry Charles Lea Professor of History
“John Winthrop’s ‘As a City Upon a Hill’: Toward the Biography of a Text”

Eric Slauter
Director, The Karla Scherer Center for the Study of American Culture and Associate Professor of English, University of Chicago
“Walden’s Carbon Footprint: People, Plants, Animals, and Machines in the Making of an Environmental Classic”

Imani Perry
Professor, Center for African American Studies
“The Anthem of a People: Lift Every Voice, Citizenship and the Global South”

Mary Anne Case
Arnold I. Shure Professor of Law, University of Chicago
“Why Evangelical Protestants Are Right When They Say That State Recognition of Same-Sex Marriages Threatens Their Marriages and What the Law Should Do About It”

Lisa Ford
Senior Lecturer in the School of Humanities, University of New South Wales
“The Legal History of the Pacific?”

Daniel Rivers
Associate Research Scholar, Council of the Humanities
“From Effeminists to Chairdaddies: A History of Gay Father Groups in the United States, 1975-92”

Jenna Weissman Joselit
Professor of Judaic Studies and Professor of History, George Washington University
“The Ultimate To-Do List: the Ten Commandments and the Ordering of America”

Ned Blackhawk
Professor of History and American Studies, Yale University
“Towards an Indigenous History of the United States”

Paul Outka
Associate Professor of English, University of Kansas
“Western Landscapes and the Dreamwork of Whiteness: The Virginian in the The Virginian”

Sarah Luria
Department of English, College of the Holy Cross
“Where Property Meets Poetry: Experiments in the Digital Humanities with William Byrd II and Susan Howe’s Histories of the Dividing Line”

Beryl Satter
Professor of History, Rutgers University
“Cops, Gangsters, and Revolutionaries in the 1960s Chicago: What Black Police Can Tell Us About Power”

Rebecca Ryan
“Nonmarital Childbirth and Child Development in the U.S.: The Relevance of Marriage Propensity and Family Change”

Alison Isenberg
“‘Culture-a-Go-Go’: The Ghirardelli Square Sculpture Controversy and the Liberation of Civic Design in the 1960s”

John Demos
“Tales of Potosi and the Challenge of Narrative History”

Nick Parillo
“Against the Profit Motive: The Transformation of American Government, 1780-1940”

Denny Chin
U.S. Court of Appeals Judge for the Second Circuit
“From Megan’s Law to Bernie Madoff: A Conversation with Judge Denny Chin ’75”

Lochlann Jain
“How Can Cancer Make Sense? Grappling with the Uncertainty of Cancer Production and Treatment in the U.S.”

Felicia Kornbluh
Director, Women’s and Gender Studies Program and Associate Professor of History, University of Vermont
“Disability, Anti-Professionalism, and Civil Rights: The National Federation of the Blind and the ‘Right to Organize’ in the 1950s”

JoAnne Mancini
Department of History, National University of Ireland Maynooth; Visitor, School of Social Science, Institute for Advanced Study
“Notes on an Iconoclasm: Aesthetic Spoliation and the American Practice of War in the Province of Manila, 1899”

William E. Forbath
Lloyd M. Bentsen Chair in Law and Professor of History, University of Texas at Austin
“Courting the State: Law in the Making of the Modern American State”

Elizabeth R. Varon
Professor of History and Associate Director, Center for the Humanities, Temple University
“From Appomattox to Juneteenth: African American Commemoration of Lee’s Surrender and the End of Slavery”

Elizabeth Hillman
Professor of Law, Hastings College of the Law, University of California

Neil Young
Lecturer in History
“Our Father: School Prayer and the Challenges of Interfaith Politics”

Jennifer R. Uhlmann
Department of History, Washington University in St. Louis
“Reflections on the Historiography of the Civil Rights Movement”

Jackson Lears
Board of Governors Professor of History, Rutgers University

Sam Freedman
Professor of Journalism, Columbia University
“The Big Game: Football and Freedom in the Civil Rights South: Focusing on the 1967 Football Season at Grambling and Florida A&M”

Barbara Welke
Professor of Law and Associate Professor of History, University of Minnesota
“No One Thought Children Might Die: Owning Hazard in the 20th-century U.S. Consumer Economy”

Nell Irvin Painter
Edwards Professor of American History, Emerita
“Was Marie White? The Trajectory of a Question in the United States”

Marie Griffith
Professor of Religion and Director, Program in the Study of Women and Gender
“Religion and Politics in Contemporary America”

Elizabeth Crist
Assistant Professor of Music
“‘Of Rage and Remembrance,’ Music, and Memorials: The Work of Mourning in John Corigiano’s Symphony No. 1 (1989)”

Chin Jou
Department of History
“‘Your Stomach Must Be Disciplined:’ Lulu Hunt Peters and the beginnings of Calorie-Counting in Corporeal Self-Regulation, 1886-1924”

Peter Nabokov
Visiting Professor in the Council of the Humanities, Stewart Fellow in Anthropology; World Arts and Culture and American Indian Studies, UCLA
“A Life Behind a Myth: The Passages of Edward Proctor Hunt”

Rachael Z. DeLue
Department of Art and Archaeology
“Diagnosing Pictures and the Science of Seeing in America circa 1900”

Joanna Dyl
Department of History
“‘The Class War is Raging’: San Francisco After the 1906 Earthquake”

Kyoko Sato
Department of Sociology
“It’s Like Any Other Food: How Genetically Modified Food Has Become Normalized in the United States”

Belinda Huang
Department of History
“Redefining Chineseness in the Trans-Pacific Community: Curriculum and Activities of Chinese-language Schools in San Francisco, 1907-1919”

Laura Stark
Department of Sociology
“Changing the Subject: The Science and Ethics of Deception in American Psychology, 1966-1973”

Randall Bauer
Department of Music
“A Certain State of Surrender: Toward a Jarrettian Landscape of Spontaneity”

Drew Levy
Department of History
“Recovering the Folklore of the Camera: MoMa’s “The American Snapshot” (1944) in Historical Perspective”

Thorin Tritter
Department of History and Program in American Studies
“New York’s Newspresentation-title Buildings: The Fall of Park Row and the Rise of Modern Journalism”

Christopher Roy
Department of Anthropology
“‘Canadian Indians’: Histories of Abenaki Residence Off the Reserve and South of the Border”

Elizabeth Boyle Machlan
Department of English
“‘Do We Need All That Space?’: Architecture and Anxiety in Henry James’ “The Jolly Corner” and David Fincher’s Panic Room”